Dentures, or false teeth, is a prosthetic device fabricated to replace missing teeth and is usually supported by surrounding soft and hard tissues of the oral cavity. Dentures can be designed to be removable or non-removable depending on the design. Dentures for our Huntersville, NC patients are divided into two different categories — mandibular arch dentures and maxillary dentures.

It all started in Italy

In 700 BC, The Etruscans of Italy first produced dentures made of human or animal teeth. These types of dentures could deteriorate rapidly when used, but they could also be produced easily due to available materials. The oldest dentures were discovered in Japan, it was made of wood from the tree Buxus microphylla which is native to Japan. It has been traced to the Ganjyoji temple in the Kii province of Japan. The wooden dentures had similarities to modern one such as usage of suction to hold the wooden teeth and each tooth is fabricated to fit into the missing tooth in the gums. In England, goldsmiths, ivory turners or barber-surgeons were the first to design and fabricate the first complete dentures and they were called Operators for the teeth.

The first porcelain dentures were made by Alexis Duchateau in 1770. In 1791, his assistant, Nicholas Dubois de Clement, patented his composition known as De Chemant’s Specifications. These teeth were either single or double or in rows or in complete set, and had springs for holding the tooth. The design of de Clement made the production of dentures easier because the springs made it easier to hold or remove the tooth. It also featured tooth color or shade which could be modified to match the surrounding teeth. The dentures were known for its color retention and close resemblance to the human tooth. De Clement begun selling his dentures in 1792, with most of his porcelain supplied by the company Josiah Wedgwood and Sons.

Today most dentures for our Huntersville, NC patients are made out of modern materials such as resins, plastics, and composite materials which are more durable and resistant to discoloration.

Tate C. Langdon in Huntersville, NC will use the latest technology to fit your mouth with a modern set of dentures so you won’t look like you stepped out of the Carolina Renaissance Festival. Call today if you need dentures. 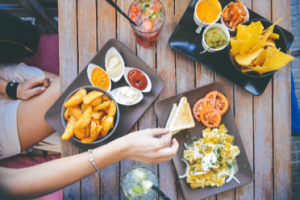 Top 5 Best and Worst Foods for Your Teeth | Hun... 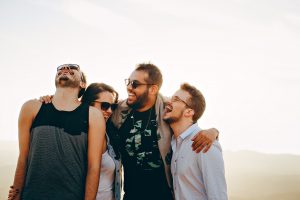 How to Maintain Your Oral Health While on Vacat... 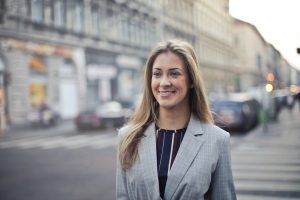 Cracked Teeth and How to Avoid Them | Dentist i...